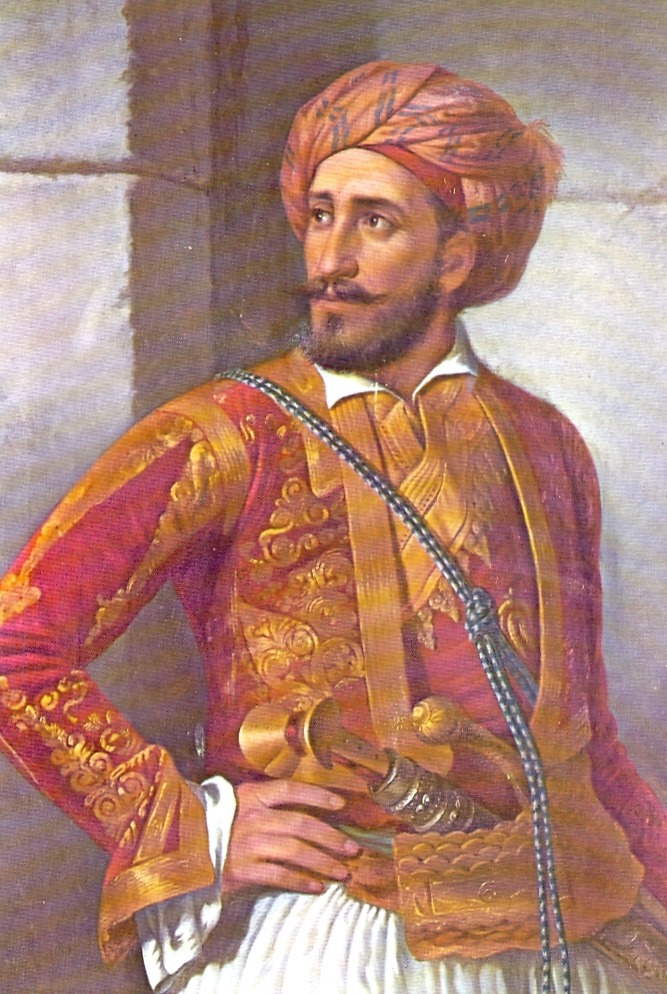 Yannis Makriyannis (1821–1864) was a Greek merchant, military officer, politician and author, best known today for his Memoirs. Starting from humble origins, he joined the Greek struggle for independence, achieving the rank of general and leading his men to notable victories. Following Greek independence, he had a tumultuous public career, playing a prominent part in the granting of the first Constitution of the Kingdom of Greece and later being sentenced to death and pardoned. (from Wiki)

Makriyannis also had prophetic visions which were documented and published in a book Ὁράματα καὶ Θάματα (Visions and Wonders) Athens: 1983

Some interesting prophecy excerpts from the book:

(p. 197 – 198)
“During my nightly vision I saw a great light and the glory of our Lord God and His kingdom, something I am unable to describe to you, readers; between God the Father and Jesus Christ a cross appeared; Christ took the cross in His hand and immediately a person holding a great trumpet came forth; he put the trumpet in his mouth and started blowing first at his left side, then at his right, and immediate two horsemen bearing flags moved forward and the cross moved along with them. Behind them followed armies and troops. Then I saw a sea covered with ships great and grand bearing diverse flags, the entire sea was covered by their numbers and they moved in front of me in the vision; then I say myriads upon myriads of troops, black, red, etc.”

“While they were marching forward for a prolonged period of time, something like a fog suddenly appears with a great amount of smoke and a great river full of blood; after these images had passed by, (I saw) characters of the Turkish alphabet; first appeared the Sultan’s monogram symbol and the letters followed. After them I see our Greek alphabet’s characters. They created the words: The end is at hand. Then many numerals appear. And again, I can read the sentence “The Kingdom comes to an end”. After that the vision faded and I felt exhausted (…).”

“(…) Some time ago I saw a vision regarding Turkey: I saw in a dream that a man dressed in a Bishop’s official ceremonial attire gave me two Turkish documents and said to me: “Give these documents to Spyridon and ask him to hand them over to Turkey; these are the old contracts made with Turkey now I have drawn up new ones. (…)”

“(…) While I was sitting on my bed awake, suddenly I see in a vision the arrival of our Lord, the whole room became immersed in light; at the right hand side of our Lord was Christ and the Theotokos and all the saints following, each one in his proper order; a trumpet bearer appears and begins to blow all around for quite a long time three times; then I began seeing the characters of the Turkish alphabet with the Sultan’s monogram and following that a multitude of troops dressed in red, as well as other types of clothes, infantry and horsemen and all equipment for warfare followed in many carriages; this procession lasted a long time; but they were approaching as if in a shadow and at a very slow pace and the whole territory became covered by them, as if drowned under their weight. Then a few men, dressed in white were added to another small number and march against that great multitude of troops. And the Virgin Theotokos with a bright cross in Her hand and the saints following Her and two horsemen with shiny flags behind, they move in front of that huge torrent of humanity. And the multitudes were unable to see each other. They were crushing an smashing each other. (…)”

(Pages 205-206)
“(…) Then the Lord God spoke and said: and the entire family of the Western nations should abandon their idea and their demands at the expense of Orthodoxy. This is a new edifice, it is My wish and the wish of those within My Kingdom that they (the Greeks) will receive again their glory of the past; I was the One Who took that glory away from them, I Am the One Who gives it back to them; no nation among you should ever raise that claim again, not even, not even Russia, herself; whoever raises such a claim will have to face My wrath, not only he, himself, but also all those who may wish to run to his assistance; this realm will be the domain of My Only-Begotten Son, this will become My domain also, and herewith I appoint as My deputy the man named after John the Baptist, and I bequeath the realm to him and his offspring and the offspring of his offspring through the ages. This is My wish and this is My pleasure.”

“You, king John, you are faithful to Me and to My kingdom, let your issue follow your own example; you and your progeny are going to move your residence into the Palace of Constantine, and nowhere else. (…)”

COMMENT:
It is interesting to note that he identifies the “Last Roman Emperor” or “Great Monarch” by the name John, like a few other Byzantine Prophecies. And we know the association to St. John the Baptist in the new testament to Elijah (Malachi 4:5). Perhaps a recurring prophecy of a second “John the Baptist” or Elijah to come.